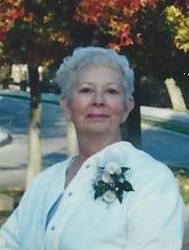 Claire was born on October 23, 1931 in New York City to the late Charles and Bertha (Rossner) Reid.

Claire met and married Frank Bowers and moved to sunny Los Angeles. She worked various jobs as a Realtor while living in California. In 2000, she met and married Billy Blanchard. The couple moved to Mexico where the remained for a couple of years. Billy preceded her in death in 2007. In her later years, at her daughter’s insistence, she moved to Missouri to be closer to her daughter.

In keeping with Claire’s wishes, private family services will be held at a later date.

To order memorial trees or send flowers to the family in memory of Claire Phyllis Blanchard, please visit our flower store.