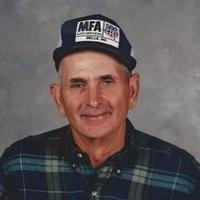 Chris was a 1946 graduate of Belle High School.

On October 15, 1965, Chris was united in marriage to Dorothy (Ridenhour) Koenig in Houston, Mo. Dorothy resides at their home near Belle.

Chris was a lifelong farmer being proud that his farm has been in his family since 1884. He was never idle, he always had to be doing something which is never a problem when you’re a farmer. He instilled in his family a strong work ethic along with making sure they took time for family vacations. He enjoyed hunting for turkey, quail or raccoons.

Chris was a man with a big heart, always caring for others and willing to help anyone in need. He hoped that people would remember him for being a good neighbor. When he couldn’t be outside working on the farm, he enjoyed reading his Bible, watching a good western or the St. Louis Cardinals.

In addition to his wife of 51 years, Chris is survived by his loving children, Tim Koenig and Maggie of Houston, TX, Christy Miner and her husband Michael of Belle, Dr. Cindy Manjounes and her husband John of Collinsville, IL, Fred Koenig and his wife Ann of Columbia; four grandchildren, Emily Kaesser and her husband Ryan, Eric Baumgartner, Henry Koenig and Oliver Koenig; soon to be first great granddaughter due in March, Adeline Kaesser; sister, Min Uffmann of Springfield; sister-in-law, Jean Koenig of Owensville; brother and sister in law, Don and Donna Ridenhour of Belle; as well as many nieces, nephews and friends.

In addition to his parents, Chris is preceded in death by his siblings, Fred Koenig, Herman Koenig, Helen Riefer, Georgia Neese and Lorene Opitz.

Funeral Services will be at 3:00 p.m. on Saturday, February 18, 2017, at Beulah Baptist Church near Belle with Rev. Bobby Crabb officiating. Interment with full military honors will follow in the Campbell Cemetery.

Expressions of sympathy may be made to the Beulah Baptist Church.

To order memorial trees or send flowers to the family in memory of Chris J Koenig, please visit our flower store.