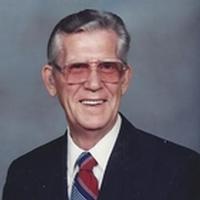 Chesley was born March 20, 1923 in Maries County a son to the late George R. and Mary T. (Clark) Shanks. Both preceded him in death.

He attended the Rolla school system and in 1943 entered the United States Army. He proudly served during WWII receiving 6 bronze stars during the European campaign and had the privilege of being a driver for General Patton at one point. After returning from the service, on May 4, 1946, he was united in marriage to Florence Francis. She preceded him in death on October 6, 2005.

Chesley was employed at the International Shoe Company in Belle for over 30 years. After its closing, he worked for the Belle School district as a custodian and worked part time as a finish carpenter.

He was a lifelong member of Belle Church of Christ. Chesley enjoyed wood and tile working as well as traveling with his wife, Florence. His greatest joy though was spending time with his family.

In addition to his parents and his spouse of 59 years, he was preceded in death by: two brothers, Stanley and Elmer Shanks.

A visitation will be held from 1:00 p.m. to 3:00 p.m. on Saturday, September 12, 2015, at Sassmann's Chapel in Belle. Private family interment will be held in the Liberty Cemetery near Belle with full military honors.

To order memorial trees or send flowers to the family in memory of Chesley L. Shanks, please visit our flower store.