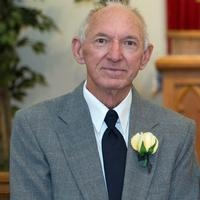 Tim had been employed at the Chrysler Plant as a floor manager in Fenton for 35 years until his retirement. He also did mechanic work on his own time as a younger man. Tim was a former member of the Belle Masonic Lodge #373.

He was an organized man and liked to keep things tidy. Tim enjoyed bowling, roller skating, watching t.v. and riding his bicycle. He loved to travel and spent extra time in Arizona where he panned for gold with some success. He will be missed greatly by his family and friends.

Tim is survived by: five children, Tony Tyler and his wife Denise of Belle, MO, Mike Tyler of Decatur, TX, Marti and his fiancé Trish Mallow of Imperial, MO, Tracy Tyler and his wife Bobbi of Belle, and Dawn Lange and her husband Chris of Belle; eleven grandchildren; twelve great-grandchildren; one sister, Pat Mesko and her husband Jim of Rolla; and one brother-in-law, Judd Willis of Sikeston, MO as well as many nieces, nephews, extended family members and friends.

In addition to his parents, Tim is preceded in death by four brothers, Bob, Bill, John, and Jimmy and five sisters, Peggy, Josephine, Carolyn, Hellen and Katherine.

Private family graveside services will be held at a later date.

Expressions of sympathy may be made to the Missouri Veterans Home in St. James in care of Sassmann’s Chapel, P.O. Box 881, Belle, MO 65013.

To order memorial trees or send flowers to the family in memory of Charles Timothy Tyler, please visit our flower store.
Send a Sympathy Card