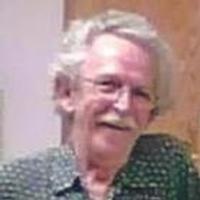 Art graduated from the Lutheran High School in St. Louis and attended the University of Missouri-Normandy Campus in St. Louis.

Art served in the Marine Corp and after his discharge moved to California where he worked many jobs including the CAP Recording and Publishing Company. Art moved to the Belle area in 1995 where he owned and operated the Foggy Bottom Printing and Publishing Company. On June 9, 2004, Art was united in marriage to Dionne (Rinderknecht) Singleton in Vienna. Dionne survives of the home in Belle.

Art was baptized at the Crossroads Baptist Church. He was a member of the Beuleh Baptist Church along with his wife, Dionne. He became very close to the Lord after his marriage to Dionne. He was a member of the American Legion of Vichy. Art was a very creative man who loved to write and paint. He also enjoyed listening to many varieties of music and singing. He was known to have a wonderful voice and was often requested to sing at different functions. At Christmas, he would always sing White Christmas to the joy of all those who heard him.

In addition to his wife, Dionne, Art is survived by: four children, Warren Singleton of Sedalia, Colorado, Fred Singleton of Defiance, MO, Dwight Singleton of Florissant, MO, and Vera Lewis of Danville, PA; one brother, Robert Leo Piel of California; eight grandchildren and nine nieces and nephews as well as many cousins and friends.

He was preceded in death by: his parents, one son, Charles A. Piel, Jr., and three brothers.

Expressions of sympathy may be made to the family of Art Piel, Sr.

To order memorial trees or send flowers to the family in memory of Charles 'Art' Piel, please visit our flower store.