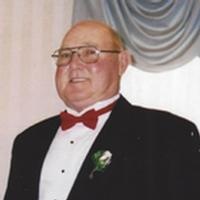 Charles "Charlie" R. Garner, age 77, of Belle, passed away December 31, 2014, at the Capital Region Medical Center in Jefferson City surrounded by his family.

Charlie was born on November 11, 1937, in Belle, a son to the late Lonnie and Ola Mae (Shockley) Garner. Ola Mae later remarried to Everett "Nip" Crider. All preceded Charlie in death.

Charlie attended the Belle School system and proudly served our country as a Sergeant in the Army during the Panama conflict.

On December 30, 1967, he was united in marriage to Carol Picker at the Christian Church in Belle. Carol survives of their home in Belle.

Charlie worked and retired from the Chrysler plant in Fenton. He was a member of the UAW Local Union #110. He was also what he considered, a "hobby farmer" and loved being on and working the farm. He also enjoyed fishing and watching the news on CNN. His greatest love was spending time with his friends and especially his family. He will be missed by those who knew and loved him.

In addition to his wife of 47 years, Charlie is survived by: one son, Ben Garner and his wife of Cheryl of Belle; one daughter, Sharon Trainor of Belle; two sisters, Shon Garner Pule and her husband Daynes of Bland and Leona Litton and her husband Clifford of St. Clair; five grandchildren, Justin Trainor and his wife Amber, and Mackenzie, Saige, Blake, and Heather Garner; three great grandchildren, Tegan, Chase, and Garit Trainor as well as many extended family members and friends.

In addition to his parents and step-father he was preceded in death by: five brothers, Bernard, Bob, Bud, Delmar, and an infant brother, Arlen.

Funeral Services will be held at 10:00 a.m. on Saturday, January 3, 2015 at the Bland Christian Church with Pastor Shane Jarvis officiating. Interment will follow at the Campbell Cemetery with Full Military Honors.

Expressions of sympathy may be made to the American Diabetes Association.

To order memorial trees or send flowers to the family in memory of Charles 'Charlie' Ray Garner, please visit our flower store.