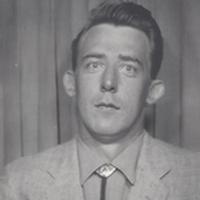 Charles "Chuck" C. Ellis, age 82, of Owensville, went home to the Lord on Tuesday, December 30, 2014 at the Frene Valley Nursing Facility in Owensville.

Chuck attended school in Riverside, CA and proudly graduated in 1951. Following graduation, Chuck joined our armed forces and served in the Army during the Korean conflict. .

After his service in the Army was over, Mary Ann and he moved to California where Chuck graduated from Barber school. He stayed in that profession until they moved to the Owensville area in 1971. He was employed at Poly-Teck, Jahabow, and Wal-Mart before retiring.

Chuck was a good Christian man and mentor to his children as well as many others. He enjoyed studying the Bible, working with wood, drawing, and walking in the park. His greatest joy was time spent with his family and friends. He will be missed and remembered fondly by those who knew him.

In addition to his parents, Chuck was preceded in death by, three brothers, H. Bruce, Don Day, and Larry Eugene Ellis.

To order memorial trees or send flowers to the family in memory of Charles 'Chuck' C. Ellis, please visit our flower store.