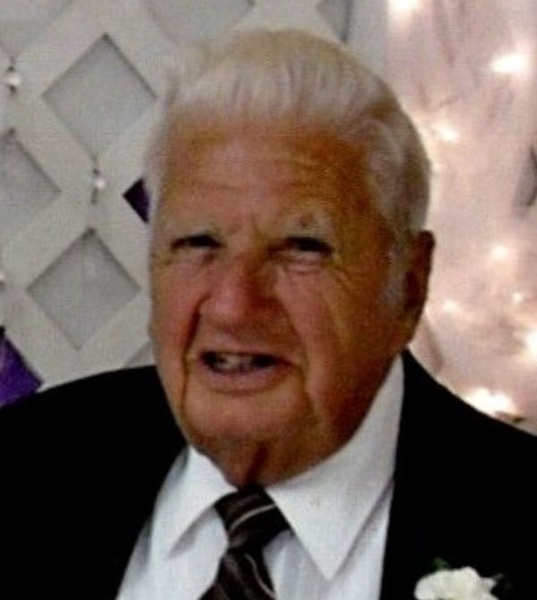 Ken was born May 4, 1932, in Owensville, a son to the late Charles Lewis and Flora (Aytes) Drewel.

Ken was a 1949 graduate of Belle High School. On November 11, 1951 he was united in marriage to Lorene Sadler at the First Baptist Church in Belle. Lorene survives of their home. He is also survived by: one daughter, Katina Thomas of Hillsboro; two granddaughters, Ashley McBride and her husband Jamie of Canaan and Stevie Rae Thomas of High Ridge; and three great grandchildren, Christian McBride, Zecharia McBride, and Elaina Thomas as well as many nieces, nephews, extended family members and friends.

Ken proudly served his country during the Korean War as a Sergeant in the United States Army from 1952 until 1954.

Ken worked as a union Carpenter for LA Schaefer for over 26 years. He also taught building trades from 1974 until 1979 at Belle High School. Through the years, he mentored many young men both at school and after helping them learn the trade.

He was a longtime member of the Belle First Baptist Church where he was active as both a deacon and drove the church bus as well teaching the RA’s and many other activities. His faith in God was strong and he read his bible daily.

Ken had many hobbies including fishing and woodworking. As a younger man he enjoyed quail hunting and training his bird dogs. For the past 21 years, he and Lorene would travel to their 2nd home in Mission, Texas. He loved attending the state fair as well as the annual Belle parade. Ken was a kind and loving man who enjoyed spending time with friends and family. He will be missed greatly by his best friend and wife, Lorene, as well as his family and anyone who knew and loved him.

Ken was preceded in death by his parents, one brother, Norman Drewel, and one sister, Wanda Campbell.

Funeral services will be on Saturday, August 27, 2022 at the First Baptist Church in Belle beginning at 10:00 a.m. with Robert Trigo officiating. Interment will be in the Countryside Memorial Gardens with full military honors.

Expressions of sympathy may be made to the First Baptist Church of Belle.

To order memorial trees or send flowers to the family in memory of Charles Kenneth Drewel, please visit our flower store.