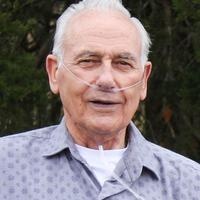 Charlie was born August 10, 1937, in Graniteville, MO, a son to the late Joseph and Katherine (Gittemeier) Creason.

On February 27, 1960, Charlie was united in marriage to JoAnn Niederer at the St. Theodore Catholic Church in Flint Hill, MO. Jo Ann survives of their home near Belle.

Charlie attended high school in St. Louis and after graduation attended a Technical School where he received his degree as a Machinist. After receiving his degree, Charlie and JoAnn move to the Belle area and have been Belle residents for 50 years. Charlie retired from Modine Manufacturing in Jefferson City.

As a younger man, Charlie enjoyed fishing, bow hunting, and mushroom hunting. He liked to put out a garden every year and, being a tool and die specialist, could make any machine part possible. Charlie enjoyed going out to eat around town and visiting with others. He was a country music lover and a St. Louis Cardinal fan. His greatest love was spending time with his family.

In addition to his parents, Charlie was preceded in death by one sister, Barb Uptegrove.

Funeral Services will be at 11:00 a.m. on Saturday, January 21, 2017, at the Pilot Knob Baptist Church near Belle. Interment will follow in the church cemetery.

Expressions of sympathy may be made to the Piot Knob Baptist Church or to the Ya Ya Organization.

To order memorial trees or send flowers to the family in memory of Charles "Charlie" Ray Creason, please visit our flower store.