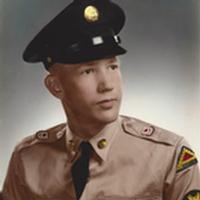 Junior was born on April 5, 1937, in Belle, a son to the late Charley Ray and Alberta (Kincaid) Backues.

He was a lifelong member of the Belle area and attended the Belle School system. Junior joined the United States Army in 1960 and proudly served his country in Germany until his discharge in 1962.

On February 6, 1960, Junior was united in marriage to Ethel Huffman at the Belle Methodist Church. Ethel preceded him in death on Tuesday, May 16, 1989.

Junior had been employed at Tri-County Publications for over 20 years.

Junior was a member of the Liberty Church of Christ in Belle and enjoyed hunting, fishing, camping and watching Nascar. He was a country music fan and had amassed a large collection of C.D's through the years. His greatest joy was time spent with his son, Jeffrey, as well as his family and friends.

Junior is survived by: one son, Jeffery Backues of Rolla; two sisters, Brenda Fann and her husband Tom of Desoto and Roberta Bernice Blackford of Swansea, IL; a special nephew, Robert Blackford as well as many other nieces, nephews, extended family members and friends.

In addition to his wife and parents, Junior is preceded in death by one infant daughter, Andrea Backues and one brother, Lee Backues.

Visitation for Junior will be held from 10:00 a.m. until 11:00 a.m. on Wednesday, February 3, 2016 at Sassmann's Chapel in Belle. Funeral Services will follow at 11:00 a.m. with Pastor Bruce Clark officiating. Interment will be in Liberty Cemetery with full Military Honors.

To order memorial trees or send flowers to the family in memory of Charles "Junior" Backues, please visit our flower store.