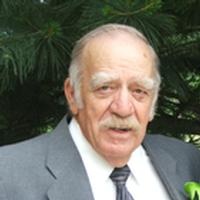 Carles Eugene Sparks, age 78, of Bland, was called to be with the Lord on Wednesday, January 14, 2015, at his residence.

On August 21, 1956, Carles was united in marriage to Rose Marie Hudson in Affton. She survives in the home.

Carles proudly served his country in the United States Army for 23 years achieving the rank of Chief Warrant Officer 4 , retiring in 1979 to the family farm in Bland.

Carles loved to teach the Word of God to all who would listen. He was an Ordained Deacon in the Baptist Church. He attended the First Baptist Church of Owensville and was a member of VFW Post 6133 in Owensville.

He loved to fish, hunt and spend time with his family and friends. He was always fixing something, he claimed to be a jack of all trades and master of none.

In addition to his wife of 58 years, Carles is survived by his children: Stephen E. Sparks and his wife Colleen of Bland, Diana (Sparks) Mayfield and her husband Grover of Belle and Daniel Sparks and his wife Kimberly of Moscow Mills; one sister, Arlene Schoenfeld and her husband Harold of Bland; 10 grandchildren, Jeremiah, Johnathan, Nathan, Samantha, Brandon, Lequita, Alisha, Jessica, Stephen S., and Courtney as well as 13 great grandchildren.

In addition to his parents, Carles was preceded in death by one son, Thomas Sparks; his stepmother, Stella Sparks; one sister, Hallie Wisdom and two brothers, Obert and Merle Sparks.

Funeral services will be held at 11:00 a.m. Saturday, January 17, 2015, at the First Baptist Church of Owensville with Rev. Kevin Sullivan and Rev. Don Kelly officiating.

Interment will follow in the Bland Union Cemetery with Full Military Honors.

To order memorial trees or send flowers to the family in memory of Carles E. Sparks, please visit our flower store.
Send a Sympathy Card