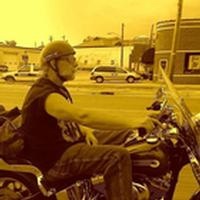 Carl. F. Glenn, age 51, of Belle, passed away Sunday, January 11, 2015, at the Phelps County Regional Medical Center in Rolla after sustaining injuries in an automobile accident.

Carl was born on March 9, 1963, in Rolla, a son to the late Jewel Babe and Marge (Hummel) Glenn Crossley. His mother and step father, John Joseph Crossley, survive at their home in Belle.

Carl Was employed at Kingsford for 20 years and later was self employed before working as a Diesel Technician at Struemph Trucking. He was a member of the Patriot Guard Riders. He was a very kind man who loved everyone he met and would take in anyone who needed help. Carl loved to ride his Harley. He will be missed by all who knew and loved him.

In addition to his spouse of 15 years, Carl was preceded in death by: two granddaughters, Sherry Quinn Constance Johnson and Kalyn Rose Johnson.

In Lieu of flowers, expressions of sympathy may be made to the family of Carl or to the Wounded Warrior Project. Donations can be mailed in care of Sassmann's Chapel, P.O. Box 881, Belle, MO 65013.

To order memorial trees or send flowers to the family in memory of Carl Franklin Glenn, please visit our flower store.