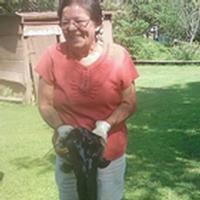 Beverly was born on November 22, 1946, in Owensville, a daughter to the late Chester and Dorthy (Ellis) Howard.

She was a 1964 graduate from Owensville High School.

Beverly was employed at the Brown Shoe Factory for 18 years.

Her hobbies included gardening, reading books, playing Solitaire, fishing at the farm, and playing scratch off lottery tickets. She enjoyed visiting with family and friends and spending time with her grandchildren, nieces and nephews.

She is survived and will be lovingly remembered by: one daughter, Cindy Curtis and her husband Homer of Highgate; one son Mike Newbound of Linn; two grandchildren, Kaylee and Kaycee Newbound; one brother, Willis Howard and his wife Faye of Cuba; and one sister, Barbara Rodgers of Linn as well as many extended family members and friends.

Beverly is preceded in death by her husband of 45 years and her parents.

Funeral Services will be held at 10:00 a.m. on Friday, January 30, 2015 at Sassmann's Chapel in Belle with Pastor Bruce Elmore officiating. Interment will follow at Liberty Cemetery near Belle.

Expressions of sympathy may be made to the Alzheimer's Association.

To order memorial trees or send flowers to the family in memory of Beverly A. Newbound, please visit our flower store.