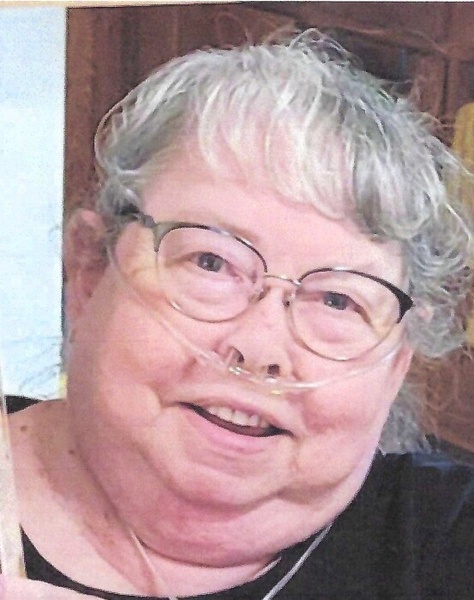 Betty “Clancy” H. Whitaker, age 75, of Bland, passed away on December 18, 2020 at the Phelps County Medical Center in Rolla.

Clancy grew up in St. Louis, and was a 1964 graduate of Lutheran South High School.

On April 30, 1966 she was united in marriage to Harold Gene Whitaker at the St. Johns Church in St. Louis. Gene survives at their home near Bland.

Clancy had been a Bland resident since 2006 after moving from St. Louis. She retired from Boeing in St. Louis after 30 years of service as an accountant.

Clancy enjoyed animals, flowers, and her solitude. She liked listening to music and her tastes varied widely from opera to AC/DC.  Clancy loved writing poetry and it was something she was very good at and proud of. She was the family stabilizer and tried to keep everyone in line. Clancy loved spending time with her family and especially her grandchildren. She loved the fact that she got to watch the great grandchildren over the last summer on the Chigger Hill Farm. It was the greatest summer ever. Clancy will be missed tremendously by her family and anyone who knew and loved her.

In addition to her husband of 57 years, Clancy is survived by: two daughters, Tamera Leach and her husband Christopher of Warrenton and Christine Orlando of Bland; five grandchildren, Kymberly, Stephen and his wife Kristen, Ashley, Michael, and Holly Anne and her husband Levi; nine great-grandchildren, Nathaniel, Layla, Miya, Gauge, Kiera, Oliver, Quentin. Aubree, and Olivia as well as many extended family members and friends.

She was preceded in death by her parents and grandparents.

A Celebration of Life Visitation will be held on Monday, December 28, 2020 at Sassmann’s Chapel in Bland from 12:00 p.m. until 2:00 p.m. Masks are suggested and social distancing guidelines must be followed.

In lieu of flowers, the family suggests that donations be made to St. Jude’s or to the Shiners Children’s Hospital in St. Louis.

To order memorial trees or send flowers to the family in memory of Betty "Clancy" H. Whitaker, please visit our flower store.