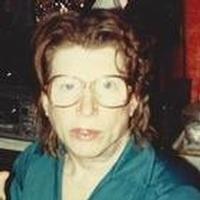 Bertie Cochran, age 79, of Belle, passed away Saturday, December 21, 2013, at her daughters residence surrounded by her family.

Bertie was born September 25, 1934, in Nora, Virginia, a daughter to the late Ora and Vickie (McCoy) McCoy.

Bertie was united in marriage to Almond Curtis Cochran in Nora, Virginia. He preceded her in death on January 1, 1990.

Bertie was a resident of the area for over 35 years.

Bertie was a homemaker. She spent her life raising her kids, grandkids and great grandkids. Bertie was a funny and very loving person and would help anyone. She was a lover of music, enjoyed doing word search puzzles, cooking, and cleaning. Bertie was also a heck of a card player. She will be missed by all that knew her.

In addition to her parents and husband she was preceded in death by: two brothers, Cecil and Mac Author; three sisters, Georgie, Lullabell and Alma.

Funeral Services will be held at 10:00 a.m. on Tuesday, December 24, 2013, at Sassmann's Chapel in Belle with Bro. Jimmy Bickell officiating. Interment will follow in the Mount Union Cemetery in Iberia.

Expressions of sympathy may be made to the family of Bertie Cochran.

To order memorial trees or send flowers to the family in memory of Bertie A. Cochran, please visit our flower store.