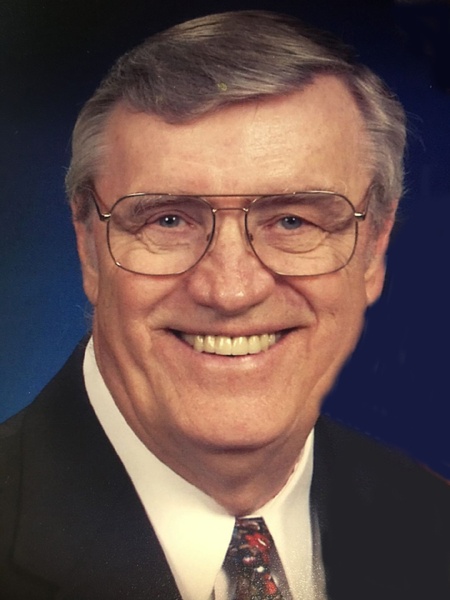 Bernard Anthony McIntyre of Belle, died Sunday morning, March 25, 2018 at his home at the age of 83.  Bernard was born in St Louis on July 5, 1934.  He was the son of the late Claude McIntyre and Berenice Gelner McIntyre. On September 5, 1964, Bernard was married to Lena Mae Garner and from the union a son was born.

Bernard graduated from Pinckneyville High School in Illinois.  Bernard retired from Schwitzer headquarters in Indianapolis, Indiana.  He and Lena had lived in St Louis for 6 years, relocated to Belle Missouri, in which they resided for 21 years.  He retired in Gainesville, GA in 1998.

Preceding him in death is his father, Claude; mother Berenice; brother-in-laws, Charles Tynes and Charles Huffman; sister in- laws, Norma Tynes and Patsy Huffman; and a nephew, Paul Tynes.

Surviving him is his wife, Lena of the home; a son, Michael and his wife Dana and four children of Clinton MO; a daughter, Vicki of Sydney Australia; and a son, Benjamin with his wife Raquel and 5 children of Paris, Texas.  Also surviving Bernard are 10 grandchildren, 16 great grandchildren, and many nieces and nephews, extended family members and friends.

Bernard was an active member of the Belle Masonic Order #373 AF & AM, Lanes Prairie #531 AF & AM, York Rite to include; Rolla Chapter #32, Rolla Council #39, Rolla Commandery #59, Knight Mason of Rolla, Gates of Derry Council # 82, Elizabeth St. Leger Council #386 and was appointed to the honor of KCCH in Scottish Rite of Freemasonry, Columbia MO. Also, Bernard was a member of the Order of the Eastern Star Cuba Chapter #398.  He was a faithful member of the Belle United Methodist Church and served his community by being a past School Board member of Maries Co R-II.  Bernard was an avid collector, a gentleman farmer, and enjoyed vacationing with friends.

Funeral services for Bernard are to be held at 10:30 a.m. on Friday, March 30, 2018 at the Belle United Methodist Church with Kevin Runge officiating.  Interment will follow in the Skaggs Chapel Cemetery.

To order memorial trees or send flowers to the family in memory of Bernard A. "Bernie" McIntyre, please visit our flower store.