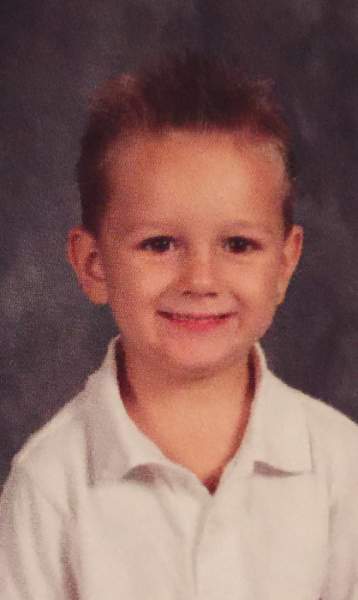 Bentlee James Turner left this world much too soon on Monday, September 16, 2019 at the age of 4.

Bentlee was born on December 17, 2014 in St. Louis. He was the son of Frankie and Brenda (Wilcox) Turner and a brother to eleven siblings. Both parents and family survive of Belle.

Bentlee had just entered his 2nd year of pre-school. Like most children his age, Bentlee loved to run and play and just be a kid. He loved to watch Paw Patrol on TV but Bentlee preferred to be outside with his siblings. He loved playing with tractors which were his favorite toy. Living on a busy street in town, he would hear a tractor coming down the street and would stand and watch until the tractor was out of sight, then go back to playing. He was a very happy child with a great smile and could often be seen with his brothers and sisters playing in the front yard, riding bikes or making the walk down to Tastee Treat for ice cream. Gone too soon, he will be missed tremendously by his parents, brothers and sisters, extended family, and anyone who had the privilege of knowing and loving him.

Expressions of sympathy may be made to the family of Bentlee Turner.

To order memorial trees or send flowers to the family in memory of Bentlee James Turner, please visit our flower store.