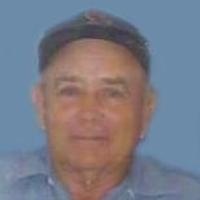 Arthur had been employed as a Sewing Machine Technician at International Shoe in Bland for a time and retired from A.B. Chance Transformer after many years of service.

Art enjoyed hunting deer and turkey, fishing and gigging, and working on his farm. He had a one acre garden that he liked to work in and loved to share his harvest with friends and relatives. He liked to go dancing when he was younger. In later years he could be found at the local café’s, visiting with people and discussing the topics of the day. Art loved to spend time with his family and especially his grandchildren and great-grandchildren.

In addition to his parents and wife, Arthur was preceded in death by: three sisters, Erlene Pope, Dorothy Crider, and Ruth Stegman; three brothers, Edward Kottwitz, Chester Schlottog, and Bob Schlottog; and one grandson, Nicholas Sarchette.

Visitation will be held from 9:00 a.m. to 11:00 a.m. on Thursday, July 6, 2017, at Sassmann’s Chapel in Bland. Funeral services will follow at 11:00 a.m. Interment will be Countryside Memorial Gardens near Bland with full Military Honors.

Expressions of sympathy may be made to Hospice Compassus.

To order memorial trees or send flowers to the family in memory of Arthur W. "Art" Kottwitz, please visit our flower store.