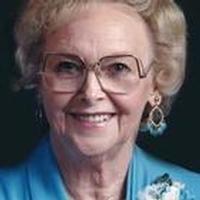 Alice was born September 12, 1914, in the Bland area, a daughter to the late John and Sophia (Lahmeyer) Moeller.

Alice graduated from Bland High School in 1934. She was married three times. First to Ralph Mason and from this union a son, Jerry, was born. After Alice and Ralph separated, she married Kenneth Phillips who passed away on June 13, 1980. She later married William "Bill" Schirmann who also preceded her in death on September 25, 1992.

Alice was a lifelong area resident. As a child she helped her mother, Sophia, run a business in Bland that was a restaurant, grocery store, and dress shop. After her mother retired, she took over the store, eventually moving to Main Street in Bland where she opened Alice's Dress Shop. She made many prom dresses as well as other clothing for people through the years. After closing the shop, she continued living in Bland. She was a member of the V.F.W. Ladies Auxiliary in Owensville and enjoyed redecorating, playing cards, and growing flowers of all varieties. Her greatest joy in life was time spent around her family. She especially loved to see her grandchildren, great grandchildren, and great great grandchildren when they would come to visit. Alice will be missed and remembered by all who knew and loved her.

In addition to her parents and husbands, Alice was preceded in death by one grandson, Kevin Mason and a sister, Dorothy Thein.

Funeral Services will be held at 10:00 a.m. on Monday, June 23, 2014, at Zion Evangelical Church in Bland with Pastor David Knudsen officiating.

In lieu of flowers, expressions of sympathy may be made to the family of Alice Schirmann.

To order memorial trees or send flowers to the family in memory of Alice Marie Schirmann, please visit our flower store.