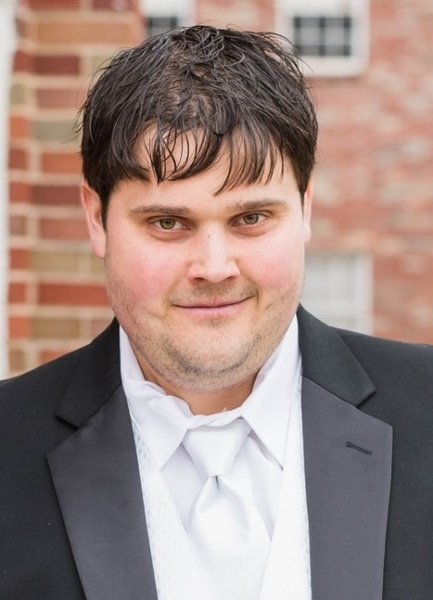 Aaron Joseph Weckenborg, age 33, of Vienna, passed away Monday, February 24, 2020 at Barnes-Jewish Hospital in St. Louis after a long illness. Aaron was born May 20, 1986 in Jefferson City, Mo to Laverne (Mengwasser) Weckenborg and the late Ronald Weckenborg.

Aaron was a 2005 graduate of Helias Catholic High School in Jefferson City and a 2012 graduate of Lincoln University where he majored in Natural Resources. Prior to his failing health, Aaron worked as a Research Assistant in the Lincoln University Agriculture Department and was employed at Quaker Window Products.

On April 14, 2018 he was united in marriage to Abby Jo Jones at the First Baptist Church in Belle, MO. Abby remained faithfully by his side throughout his health complications and survives of the home.

Aaron was an avid outdoorsman. He enjoyed hunting, fishing, and spending time at his family’s farm. He was an aspiring farmer who enjoyed raising sheep, goats, turkeys, and chickens alongside his wife. Aaron and Abby enjoyed attending concerts, fairs, and watching crime and medical dramas together. He enjoyed attending baseball games, whether for the St. Louis Cardinals or little league games. One of his greatest joys of his life came from spending time with his nieces and nephews. He enjoyed attending any activities they were involved in. Aaron was a loyal Fox News viewer and enjoyed following politics.

Aaron was deeply committed to his Catholic faith and was a parish member of Visitation of the Blessed Virgin Mary in Vienna, MO. He was also a member of the Knights of Columbus Council 13178 of Vienna.

In addition to his wife and mother, Aaron is survived by: three siblings, Lisa Stuecken and husband Ryan ”Squirrel” of Freeburg, Scott Weckenborg and wife Julie of Jefferson City, and Sara Milne and husband Joe of Littleton, Colorado; He is also survived by his beloved nieces and nephews, Jake and Lauren Stuecken, Olivia, Allison, and Emily Weckenborg, Madeline Milne, and Nolan and Marcy Muenks as well as many extended family members and friends.

Mass of Christian Burial will be held Saturday, February 29, 2020 at 10:00 a.m. at Visitation of the Blessed Virgin Mary Catholic Church in Vienna with Father Anthony Viviano officiating and Pastor Robert Trigo eulogizing. Interment will follow in the church cemetery.

Expressions of sympathy may be made to the family of Aaron J. Weckenborg.

To order memorial trees or send flowers to the family in memory of Aaron Joseph Weckenborg, please visit our flower store.