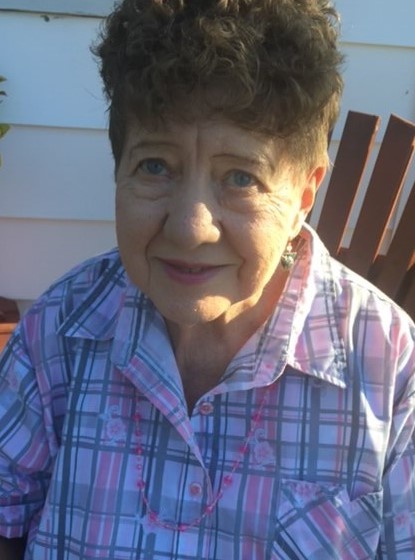 Dot was born May 9, 1938, near Belle, the youngest of six children to the late Lloyd and Beulah Ridenhour.

Dot was a member of Beulah Baptist Church for more than 50 years and served for many years as the treasurer.

She is survived by four children, Tim Koenig and Maggie of Houston, TX, Christy Miner and Michael of Belle, Dr. Cindy Manjounes of Collinsville, IL, and Fred Koenig and Ann of Columbia, four grandchildren Emily Kaesser and Ryan of Montclair, NJ, Eric Baumgartner and Tori of Owensville, Henry and Oliver Koenig of Columbia, and one great-grandchild, Adeline Kaesser; one brother Don Ridenhour and Donna of Belle, two sisters-in-law, Jean Koenig of Owensville and Min Uffmann of Springfield, as well as many very special nieces, nephews and friends.

Dorothy spent her young adult life in the homes of many of her siblings helping care for their newborn children and remained close to her nieces and nephews from those early years onward.

Once married she and Chris had three children of their own within three years and their fourth, Fred, four years later. She kept an extensive garden, raised her young ones with tender loving care, kept the farm books, took care of the housework, and helped with farming including haying and other tractor work, milking the cow and raising chickens.

Later Dorothy spent much time with her daughter Christy's young children Emily and Eric who lived nearby and later used the same sets of toys to help entertain her newer grandchildren Henry and Oliver.

Dot loved her family, her siblings, her nieces and nephews, Jesus, old country music, dominoes, her cat Rose, fresh new potatoes with onions and green beans from her garden, getting a tan from working on the open cab tractor, visits with her friends and neighbors, taking family vacations, going on trips with her daughter Cindy, going out to eat, cardinals, Cardinals baseball, wind-up toys, yellow roses, fresh sheets off the clothes line, making quilts, Bob's Frozen Custard, The Guiding Light, valentines from Chris, Dr. Quinn Medicine Woman, her dolls, making her kids and grandkids their favorite foods, drives to hear the first spring peepers, fishing in the farm ponds, fresh wild blackberries, helping Christy pick up walnuts, hearing about the successes and joys of her family, giving presents, surprise visits, the fact that she didn't have a grey hair on her head (without getting it colored), and perhaps most of all her beloved and admired husband Chris.

In addition to her husband of 51 years and parents, Dot was preceded in death by her siblings, Walter Ridenhour, Henry Ridenhour, Mildred Wehrend and Catherine Becklenberg.

In lieu of flowers, memorials in her honor may be made to the family or to Beulah Baptist Church.

Private family graveside services will be held with interment in the Campbell Cemetery.

To order memorial trees or send flowers to the family in memory of Dorothy E. Koenig, please visit our flower store.
Send a Sympathy Card